Discover the story of Women on Walls and how, alongside our partners, we are creating a culture of equality. Keep up to date on news and events through our new blog.

Bio: Dr Michelle Cullen is a Managing Director in Accenture’s Global Corporate Functions, based in Ireland, with extensive international experience in driving large scale transformation and change, innovation, and organisation design. She is also Head of Inclusion and Diversity for Accenture in Ireland. Michelle is passionate about the power of diversity to drive innovation. She regularly contributes in national media and is co-founder of Women on Walls. 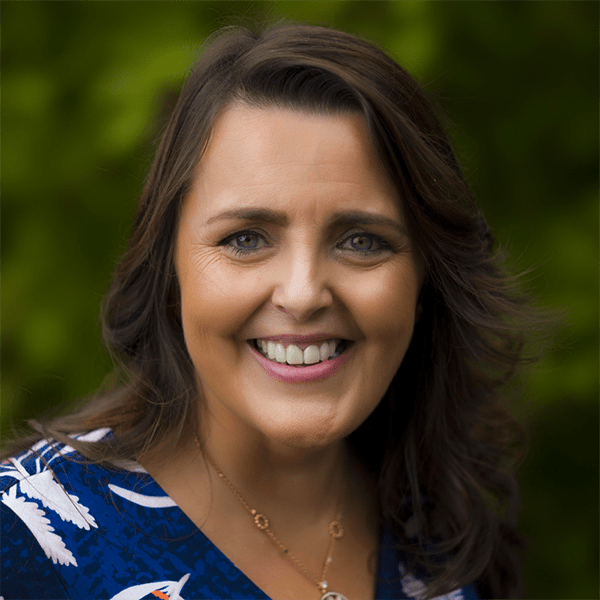 On International Women’s Day 2021, we unveil a series of five new portraits of women who made history in STEM, for the walls of Dublin City University, as part of the Accenture Ireland #womenonwalls campaign. The astonishing portraits are in recognition of the ground-breaking work of Beatrice Alice Hicks, Katherine Johnson, Dr Marie Maynard Daly and Irish duo Kay McNulty and Dame Kathleen Lonsdale, all of whom are regarded as pioneers in STEM by making significant contributions in their specific discipline. The portraits are also a remarkable reminder of the vital role Ireland’s portrait artists play in shaping the future.

The campaign originally came about five years ago at a meeting with the Royal Irish Academy. Founded in 1785, the Academy supports scholarship and promotes awareness of how science and the humanities enrich our lives and benefit society. Membership is by election and considered the highest academic honour in Ireland. As we discussed different ways to encourage more girls to study STEM, we couldn’t help but notice that the walls of Academy House were filled with portraits of men. There had never been a portrait of a woman on the walls.

For most of its history, the Academy, like most universities worldwide, excluded women. And the walls continued to reflect that past. Although the first women members had been elected 70 years earlier, the walls did not tell their story.

I know many at Accenture bring up sons and daughters as equals, with equal opportunities, equal expectations, equal ambitions. We teach our children that they can be and do anything. But as they approach adulthood, our children look around for themselves, and too often they are still confronted with the invisibility of women in many public spaces. They notice it, where sometimes we may have stopped noticing.

When myself and my colleagues Eithne Harley, Marketing Director at the time and Alastair Blair, Country Managing Director, continued the conversation back at Accenture, Alastair decided that we should change it – we need to put women on the walls. The rest is history and the Accenture’s Women on Walls initiative was born.

Portraits of the first four women members of the Academy and a group portrait of eight contemporary scientists working in Ireland today, were unveiled in December 2016 by Minister Frances Fitzgerald. View more on the RIA campaign here: www.ria.ie/women-walls-0

The conversation went national and a TV documentary and series of podcasts followed the story. Our marketing team crafted a campaign to engage our clients across many different industries in the public and private sector. Two years later, the portraits were brought to the United Nations in New York to be exhibited at the Commission on the Status of Women (#CSW62) on the invitation of the Chair, Ambassador Geraldine Byrne-Nason. Invited guests included members of Accenture’s global leadership, along with former President of Ireland and UN High Commissioner for Human Rights, Mary Robinson. This exhibition was an early step in Ireland’s successful campaign for a non-permanent seat at the UN Security Council. 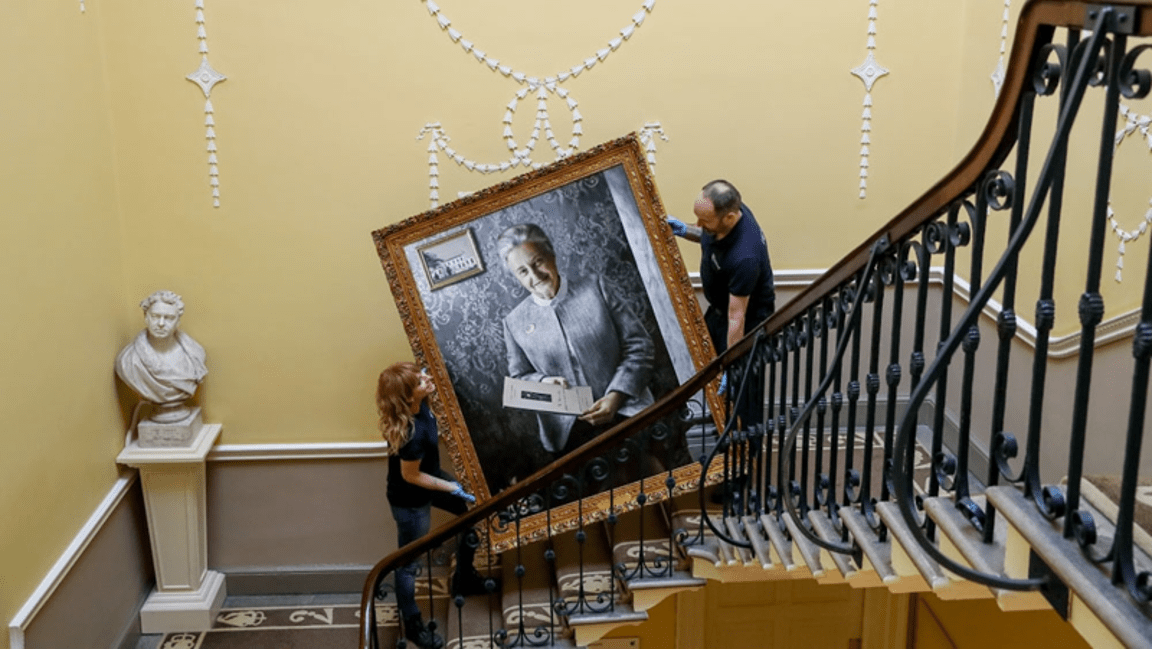 In 2019, the Royal College of Surgeons in Ireland joined the partnership with a series of eight new portraits to enhance the visibility of women trailblazers in healthcare. The initiative proved to be prescient because this year we’ve all seen the importance of diversity in healthcare, with the development of COVID-19 vaccines, view more on the RCSI campaign here: women.rcsi.com/

This has been a project about coming together to drive culture change. I have been told by people of all genders that the lasting impact for them is that when they now walk into a public space, they automatically look at who is on the walls. And when women are missing, they notice. 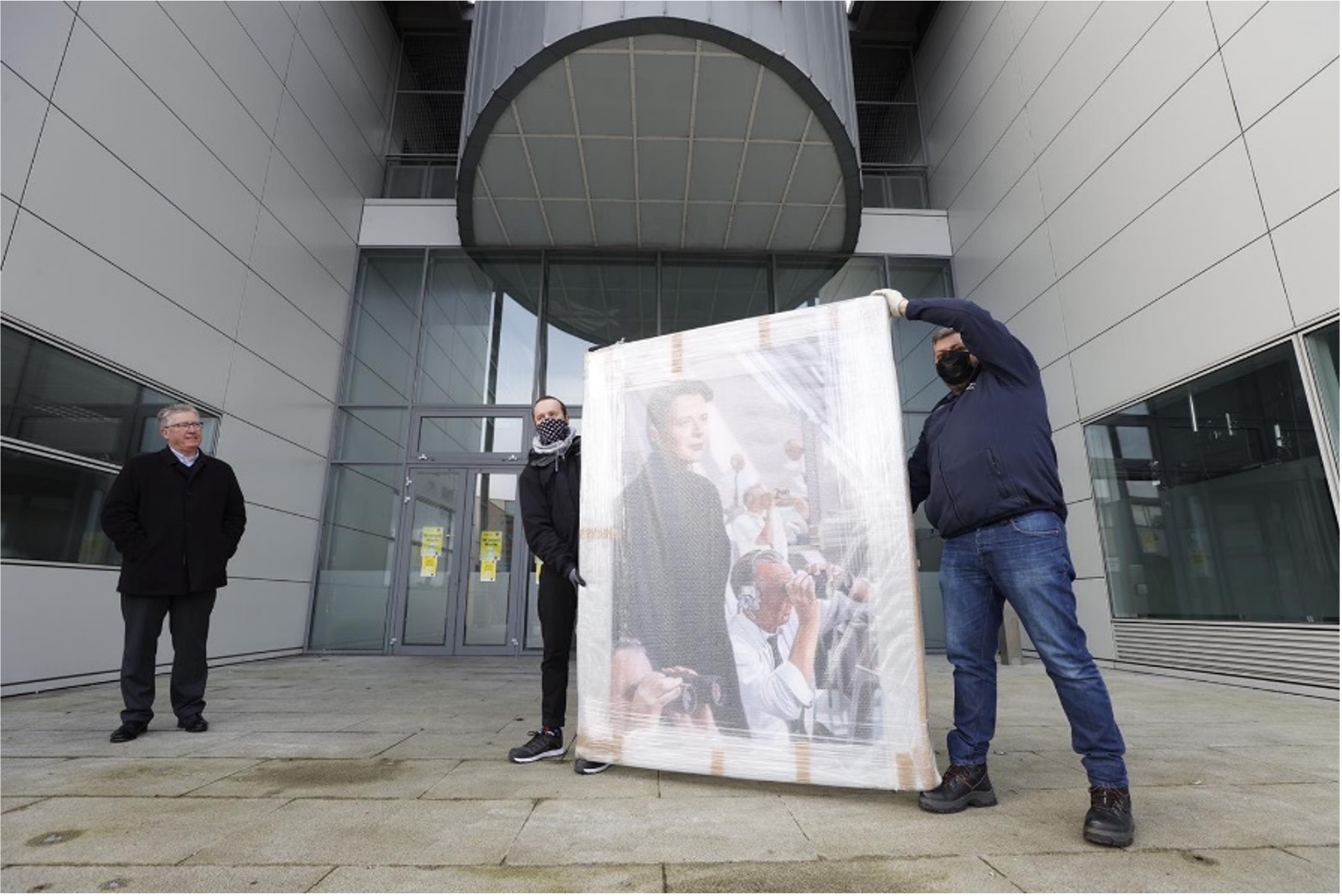 So, to mark IWD 2021, five new Women on Walls portraits have been unveiled virtually at DCU. We are reminded now more than ever of the need for diversity. When we are again able to enter public buildings – let’s continue to take note of who is represented on the walls. And if necessary, to ask, where are the women?
Watch the documentary to see the portraits come to life